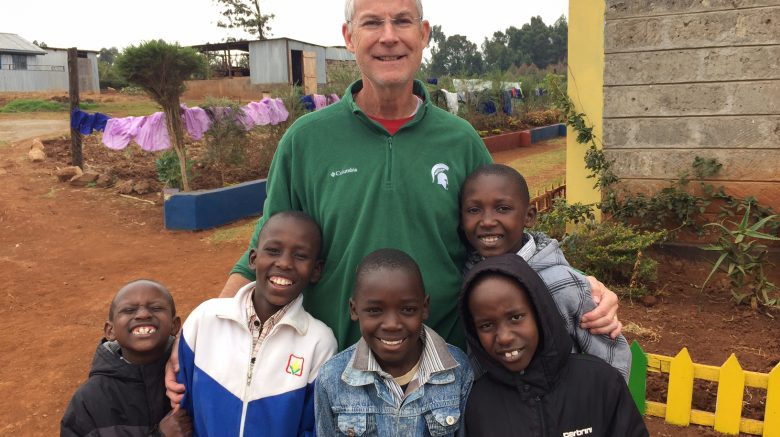 In August of 2016, Charlie returned to SAS and brought his daughter, Maddy, and his nephew, Joshua.  The teens were put to work and immediately became honorary children of SAS.  In the ten days of their visit. Maddy and Josh ate, prayed and played with the children, teaching them American baseball while learning how to care for the farm animals.

Charlie met with the Board to review the finances and plan for future improvements.  Construction of new buildings for the expansion of the dairy farming was assessed and the status of farming success was reviewed.  Charlie saw the upgrades and improvements to the Home which had been completed in the prior year. Plans for new construction for visitors’ quarters were discussed with a view towards establishing service-tourism as an additional source of funds for SAS.

It was a great visit and many tears were shed when Maddy and Josh had to say their good-byes.  On the trip home, Maddy and Josh were already planning their own fundraising for SAS as well as their return trip.